Blogs I Read, or Blogroll or whatever the kids call it these days

Self Driving Cars Will Be Here Before a National Train System, and Maybe That’s OK 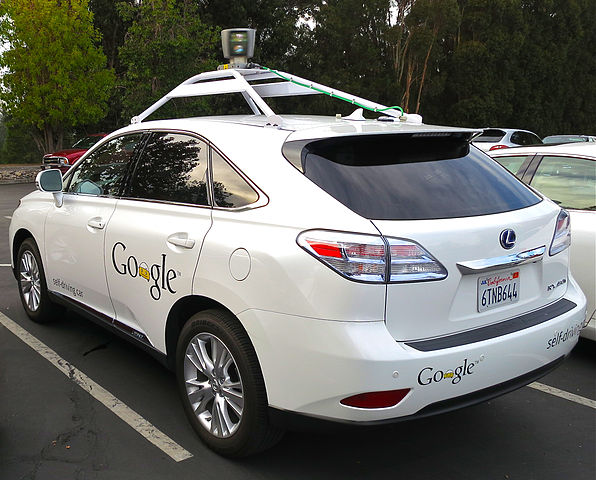 An article at Wired today discusses an Audi A7 prototype that can drive itself on highways. This is another notch in the growing belt of automated cars, championed primarily by Google’s amazing self driving car technology. Numerous automakers are getting in on the fun since this is clearly the future direction of driving and safety technology (whether you like it or not).

Let me cut to the chase: the ultimate future of all of this is a completely automated system of driverless cars, and this will likely happen before the public transit dreams of progressives like myself–like a national high speed rail line–are realized. This is due to three basic reasons: (1) safety; (2) cost; and (3) accessibility. All of these three things get better if we give into our robot overlords. To some this sounds terrifying, boring, or a mix of both. To me it sounds like a future we desperately need.

Robot Cars Will Be Safer

33,000 people died in the US in auto accidents in 2012, the last year for which we have complete data.  90% of these are due to human error. An estimated 1.2 million died worldwide in 2010.  Beyond the suffering of these tragic deaths, both fatal and non fatal auto accidents cost hundreds of millions of dollars each year. A completely automated system of autonomous vehicles would be safer and would drastically reduce these numbers.

A computer hypothetically can, with the right software and hardware, outdrive the best human operator. Driving is judging safe movement within a three dimensional space.  That is basically math.  Computers are really good at math.  The technology is currently a clumsy and young, but even in its current iteration, Google’s driverless car program has gone over 300,000 miles with only two accidents–both due to human error.  They currently struggle with snow and ice and other things that may seem simple to humans–such as on the fly pattern recognition, like discerning between a rock and a person.  In time, however, it is possible to iron these deficiencies out. After all, only ten years ago autonomous cars could not go beyond the first 7.5 miles of DARPA’s  142 mile autonomous car competition.  Only 18 months later, five vehicles finished the entire course.

Contrast this to eternally inevitable “human error.”  Despite thousands of laws, regulations, and tests designed to ferret out incapable drivers and restrict our behavior on the roads, we still make mistakes, and we always will.

What if the computer breaks? Well, what if you have a heart attack? What if a bee flies into your car and distracts you? The mechanical operation of a computer is probably much less prone to random catastrophic failure than you are. For one, a computer probably has better judgment regarding its functionality. It can be programmed to run diagnostic checks, have a failsafe, and generally can determine whether it is safe to use in a much more objectively accurate way than a human.  Humans think “well I only had two beers” or “it’s not snowing that hard, I don’t need chains” or “I can make that yellow light if I just speed up…” A computer won’t make those vague judgment calls, or at least it will make its judgment calls on more objective and verifiable data. Like a black box, you will be able to go back and look at what caused an autonomous vehicle to crash, compared to the litigious and vague nature of current accident reconstruction.

In fact the biggest safety obstacle is the problem of a future world inhabited by untrained drivers who have never operated a motor vehicle, and who are tasked to take control of an uncontrolled AI car. Or, the ethical implications of the trolley problem; i.e., how do you program a car to react in a situation where all potential outcomes lead to death or catastrophic injury? These are not problems with the hypothetical technology however. These are human problems.

Robot Cars Will Be Cheaper And More Efficient

As already mentioned, auto-accidents take a tragic and constant toll on our society. Beyond the tragic human suffering of these accidents, there are also huge economic costs. These costs are spread throughout our economic system in the courts, the health care industry, the auto industry, and almost every single other economic sector since travel via automobile is such an intimately intertwined part of almost every American’s daily life. Less accidents lowers this significant toll.

There are other less obvious cost savings however: an entirely automated system will mean less traffic, more parking, more efficient fuel usage, more time for human drivers to do other things, quicker car trips, reductions in insurance costs, reduction in the need for traffic and parking enforcement, and a generally more efficient transportation system for society.

Of course, alot of these benefits depend on a completely automated system to realize their full potential.  While judging things like safe driving distance  or optimal acceleration and deceleration are things autonomous vehicles currently excel at under limited conditions, communication between other vehicles is another important goal. (Perhaps more important.)  Consider this terrifying yet shockingly-safe computer simulation of a completely automated 4-way intersection, for instance.

Or the benefits of reduced traffic in a system where every car drives at a safe distance from one another without stop and go traffic. Or a highway merge where all the cars know where every other car is going and react accordingly, without the madness associated with chaotic interchanges like the Bay Area’s “MacArthur Maze.” All of the little things that cause daily rush hour traffic jams other than accidents–following too closely, improper merging, unsafe or sub-optimal traveling speeds that necessitate needless braking–are eliminated or reduced in a system where all the vehicles cooperate on an agreed upon optimal flow of traffic.  A utilitarian driver’s paradise, if you will.

Traffic jams cost an estimated $121 billion a year,  waste an average of 38 hours a year of every American’s life, and consume an unnecessary 1.9 billion gallons of fuel  per year.  The benefits of an automated system on our economy, our happiness, and our environment  outweigh the freedom and “enjoyment” of driving yourself around.  (How much do you really ever enjoy driving yourself or others around, really?)

And then we get to parking. A truly autonomous vehicle could reshape the urban landscape.  In today’s “holy shit are you kidding me?” fact of the day, over 30% of city business district driving consists of people driving around looking for a parking spot. On average, one third of an American city’s landscape consists of parking spaces. Your friendly robot car could just drop you off and go park itself somewhere, or drive home, or just drive around waiting for you.  That space could be reduced and used for other purposes. Urban planning would change to accommodate the reduced need for parking, which currently dominates the hated (by me, anyway) “big box” parking lot syndrome of modern suburban development. The benefits are transformative and are a realistic means of achieving the public transportation and mixed use goals of a lot of progressive urban planners. More retail establishments could exist in higher density urban environments since the need for big parking lots would be eliminated, for example.

A robot car could eventually drive anyone anywhere.  This one is a no-brainer, really. More people could get more places on their own. Society has already made this a goal with laws like the ADA and its state analogs. Driverless cars would further these aspirations in addition to the benefits already described above.

This Is Not A Fairy Tale–This Can Happen

This brings us back to the title of this post. Regional high speed rail systems in the United States remain, unfortunately,  mostly pipe dreams. Only one high speed rail line exists in the United States between Boston, New York and Washington D.C. (and it operates at a relatively “pedestrian” average of 68 m.p.h.). A myriad of others remain either in limbo or dead.  Even California’s high speed rail line–voter approved and currently under construction  between Los Angeles and San Francisco–won’t be open until 2020 at the earliest. (That is assuming the myriad of budget and political problems get ironed out and it actually gets completed.) A national high speed rail system would be impossible if it had no regional systems to connect.  In the meantime, automated cars already have the infrastructure in the form of roads. People already are used to driving or getting a ride to work, whereas (in America, at least) most people simply do not use trains. Automated cars also would not need the massive government subsidies currently floating high speed rail proposals, because auto manufacturers are actively in the process of developing and deploying the technology.  And once they do, with hypothetical autonomous cars zipping along on the freeway at much higher speeds, and for a longer sustained period than human operators, will the need for regional high speed rail systems be as acute as it is today? Arguably not. And that is not necessarily a bad thing.

Theme by Anders Noren — Up ↑