Blogs I Read, or Blogroll or whatever the kids call it these days

I Was Cord Cutting Before It Was Cool, Man 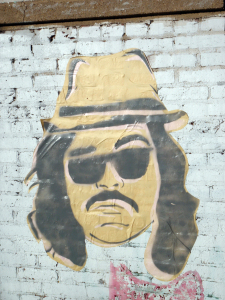 Around 2005, I bought my first “big” TV. It was my first year of law school and I guess I wanted to frivolously spend my student loans. I never had a “big” TV before and this was around the time that large flat screen TV’s were becoming more mainstream and cheap. It was a Vizio Plasma 42″ and it was mesmerizing. When my buddy and I lugged it into my apartment and took it out of the box, we both just sort of stood there and stared at its huge, empty black screen. There was only one problem–I had no cable and no antenna. So I hooked up my laptop to the TV, which luckily had a VGA port (how times have changed) and my cord cutting days began.

I learned that “cord cutting” was a thing about 3 years ago.  I thought I was just this unique, free thinking genius that had discovered a secret world of online streaming TV, sort of like that XKCD comic:

Courtesy to the always funny and interesting xkcd.com

Since discovering I am not alone, it has been interesting to see how a niche industry has developed outside of the parameters I chose for myself.  For instance, my long time set up has been pretty simple:  a small Windows PC (that I build myself, emphasizing low noise, gaming prowess, size, and looks)  a wireless mouse, and a wireless keyboard. No remote control, no media frontend software, none of that. Just Windows and the Internet. A lot of people I talk to about this setup think it is antiquated and clumsy, which might be true. (I find it simple.) The online streaming options have greatly improved since 2005, but the basic system is the same. (The old Vizio died, twice, and has been replaced with a lovely Panasonic 52″ plasma. Oh, I also added a receiver and some nice Polk Audio speakers… but that’s about it.) The websites I primarily use today are:

That’s it. Between those resources I can basically watch anything I want, whenever I want, and it all looks good since HD streaming is now mainstream. (Except some live sports… but unless it is a big game, I am content listening on the radio. If it is a big game on cable only, that is more fun to watch with a crowd or a friend anyway.)

Hardware wise, I hook up my custom built “HTPC” (home theater PC) housed in a beautiful little Lian Li Q11 desktop case to my receiver via HDMI. The receiver goes to my TV via another HDMI cable. Yes, watching TV requires knowing how to actually use a computer, but this only stops my three year old (and not for long). I have occasionally left detailed instructions for house-guests. (Step 1: turn on gray box; Step 2: turn on black box. Step 3: turn on TV; Step 4: click on the internet; etc.) Since I built the computer myself, I made sure it has some juice to play games, which I enjoy from the comfort of my couch with a wireless Xbox controller (which works with Windows). Of course I have not had the time to play video games since 2011, but at least it’s there! This probably also explains why my Xbox 360 is sitting in a box in a closet somewhere, after I tried and failed to sell it on Craigslist.

Some people think it is crazy to use a wireless mouse and keyboard from a couch. It works fine for me and I have never had an issue with it. It has been amusing to watch this market segment grow, and to see the streaming services I use tout “new” products that will let people *gasp* watch Netflix streaming, or Hulu, or Amazon, on their TV! USA Today estimates that about 6.5% of people have “cut the cord.”  Nowadays people use XBMC, or some sort of Linux frontend, or they use Windows Media Player, or Roku, Apple TV, Google TV, their Xbox One, their PS4, or they just use the apps that come with their “smart” TV. I don’t really keep up with what’s going on beyond reading tech websites, since I’ve got what works for me.

The End Better Not Be Near

There are two ways my way of life could come to an end. The first one (the realistic one) is that more and more streaming sites stop streaming unless you subscribe to cable (this is currently how ESPN, Fox, and HBO Go do it, among others). Couple that with a lot more sites offering their own streaming services and cutting off licensing deals with Netflix, and I am relegated to buying cable or buying each and every individual show I want to watch on Amazon or iTunes. The other highly unrealistic scenario is sites just offering their own content online for their own monthly fee, commonly referred to as a la carte cable. I say this is unrealistic because the economics of cable television are such that channels like ESPN make waaaay more money from exclusive licensing deals and cable TV deals than they would from charging people individually. Check out this article over at the Atlantic, for instance, which includes a chart showing that ESPN makes $7.2 billion in revenue per year before advertising, just off of money it skims from your monthly cable bill.  The billions of dollars ESPN also makes off of exclusive licensing deals with the NBA, NFL, and multiple college conferences like the SEC are dependent on this massive eyeball reach, something it might not have if everyone had the choice of subscribing to ESPN or not. That means ESPN would likely have to charge up to $30 month, the Atlantic estimates, to make up for this lost revenue if they went “a la carte.” Ain’t gonna happen. The economics are mostly the same (but scaled down) for other popular networks.

If that were to happen, cord cutters like myself would surely face the alarming possibility that “a la carte” television actually winds up costing more than just buying cable. This has been a more popular story recently thanks to HBO’s decision to offer its online HBO Go service “a la carte,” i.e. without a bloated and mostly useless cable subscription, for a monthly fee. CBS also offers a monthly fee-based streaming service (which is odd since I can get CBS over the air).

It may be that the days of Netflix or Amazon having everything I want are numbered, as more and more content owners decide they want to make money streaming their content online rather than selling it to others to stream for them. I don’t know. Personally, I think the doom and gloom is a little premature since you really have to have a truly deep offering of original content to justify charging people a premium to watch just your shows. HBO can do that since they have such a huge assortment of great original shows and licensing deals thanks to their parent, Time Warner. Netflix is obviously working hard to hedge its bets with House of Cards, Orange Is The New Black, and so on, to justify its existence in an Armageddon like scenario where everyone decides to stop licensing their content libraries (like when Starz decided to pull the plug on Netflix in 2013, cutting 2,000 titles).  But would I pay Comedy Central a monthly fee to just watch the Daily Show? Tempting, but no.  Would AMC successfully wring, say, $10 a month out of my wallet for Mad Men, Breaking Bad, and the Walking Dead (which the Atlantic estimates it must charge to make up for lost cable revenue if it were unbundled)? Maybe, but probably not. Could Sony price gouge (hey, it’s Sony) $20 a month for streaming access to their vast library of movie titles?  Put all of those together and you’ve got a hefty monthly bill. I would probably throw up my hands and not pay any of it and buy what I wanted individually on Amazon, to be honest. (And if that becomes impossible, well I give up.)

If we have to speculate about the unrealistic scenario of a la carte cable (and we have to, because it is fun, and because I am already way to deep into this blog post to stop writing about it) I think a more likely possibility is the “top of the funnel” license holders axing the Netflix middle men. For instance, HBO already basically offers all of Time Warner’s movies, since Time Warner owns them. Viacom could package Comedy Central, MTV, and all of its Paramount Pictures movie titles (over 2,500, apparently). Fox probably has enough original content to offer its own service, unless it includes Fox News in which case no way am I paying for that. Disney could survive just selling ESPN. Comcast could ironically offer its own streaming service since it owns NBC and Universal, which together own a ton of original and sought after content. (Want to watch “I’m On A Boat?” Pay up!)

Yes, some out there are pondering a truly dark dark future. For now, I’m happy that I can just sit and watch Jon Stewart for free when my wife and I eat dinner.

Theme by Anders Noren — Up ↑